By using our website, you agree to the use of our cookies.
Got it!
Home > Entertainment > Cassper Nyovest road to #fillupOrlando

Remember the once humble and so calm rapper that rose to stardom in just a couple of months? The same unknown rapper that came up with “not so common” lyrics and vocal trend, that did not only steal fans with his unconventional Album but also amazed South Africans that his music genre appealed to?

If you do not have a list of names to checklist then you might not know so much about Tsholofelo and may not be so fond of Cassper Nyovest, a star in South Africa that rose to stardom in a twerk of a light.

Tsholofelo the Album did so well, with the hit “Doc Shebeleza” becoming not only a hit sensation but a solo anthem for most youngsters (kids) in the country.

He might not be a star for decades but his mark with the hit “doc Shebeleza” would be remembered for all time – Metros Magazine, South Africa CE – David A Patricks

The beautiful irony is that, so many of his fans were taken with so much sheer when they learnt of his humility, so calm and reserved attitude. Cassper Nyovest was a topic of discussion at every music scene, many opted to join the Family tree alliance to support him. This gave a huge rise to the music of Cassper Nyovest in the late 2014.

In the period 2014 till mid-2015, Cassper Nyovest was sure to be a household name and at the same time would loose a lot of fans due to a developed ego flaunt and a very delectable struggle between him and famous rival AKA.

In late 2014, Cassper Nyovest started a feud with keenan forbes, this feud will lead to a series of actions that pulled Cassper under the spotlight and made fans and non-lovers scrutinize his talent and personality as a once called humble musician.

Apparently, Keenan and Cassper have once worked together, compete under the auspice of friend-connect Da les, Anati and the likes, and as a so not considered a talented personality by his peers, Cassper’s lyrics were considered unfit for stardom, even at the Nite Stage session attended by Cassper and friends.

These among other things steered the contention between Cassper and AKA, some fans found the issue somewhat childish but the hardest turn in the turf came when Cassper Nyovest released a track that was believed to have contravened every form of Air play laws, the songs was banned from being play listed on many South African Stations

Cassper’s Achievement never stopped, he scooped several awards from various entertainment promotional agencies and facilitation agencies, allowing the opportunity to pull off what many called a Lifetime achievement #fillupthedome, the onetime fill up the dome concert:

#FillUpTheDome will remain the most successful concert in SA until someone like Beyonce “maybe” comes.

The dream might have been a reality as he quoted, he later went public with his Boity Thulo Proposal, a baevacation, and then his personal attack on most of his friends in the music industry. Then the ego centralism started with Cassper claiming his rise to stardom as an individual effort but the once vibrant and ice celebrated Star has since dwindled in his rating as a favorite South African Rapper.

Cassper Nyovest annoyed a lot of fans and critics after he pulled stunts and acquisitions after not winning at the SA Hip Hop Awards in 2015. The most anticipated Album Refiloe has also not panned out to the level of expectations of fans in terms of delivery.

In 2016, Metros fm Awards also did not list Cassper as a high achiever, winning best male Album, with no specific song profiled from his Album. Considering the ground breaking awards he scooped in 2015. This is contrary to the record and performance of the Album as claimed by Cassper that Refiloe album would be his best work.

Following is also the failure of the second leg to the #FillUp campaign which did not do so well at the #fillupKuisebmund in Namibia, as compared to the #fillupthedome event in South Africa:

I’m hearing that #FillUpKuisebmund is not even half Field nor Filled..

Cassper’s reality of a world that is centered on fans has evolved to a reason point where he understands, that to be a successful artist in the world depends on more than loyal fans but a true talent.

Solo album acts are all too familiar in the musical scenes with musicians like Nthando, Zahara, Bricks and a couple of others who were fan praised but lacked the necessary talent to sustain them in the industry.
In the heat of the moment, a video was play listed on Tuber Show on American network that playlisted Cassper as the most celebrated untalented artist of the century. Here is the video :

The fact might be all centered at the misconception of Cassper being a Performer than a musician, his performances are always well danced but minimal, lyrically.

As is evident at the recent Niki Minaj concert performance in Johannesburg, where many praised Cassper for his dancing talent display.

It is sure, we are all closely waiting for the last leg of the fill up campaign at Orlando stadium to see how much of fans are still #Nyovestteam as there were in 2015. In the debatable aspect of things is the question, does cassper has what it takes to remain relevant musically? 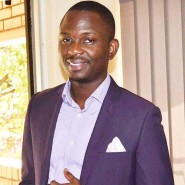 TransCape riders would get a taste of La Couronne wines